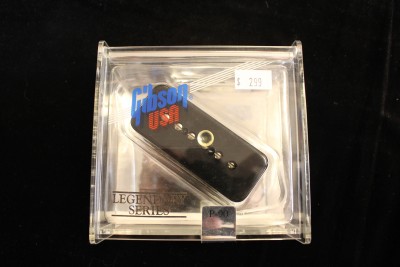 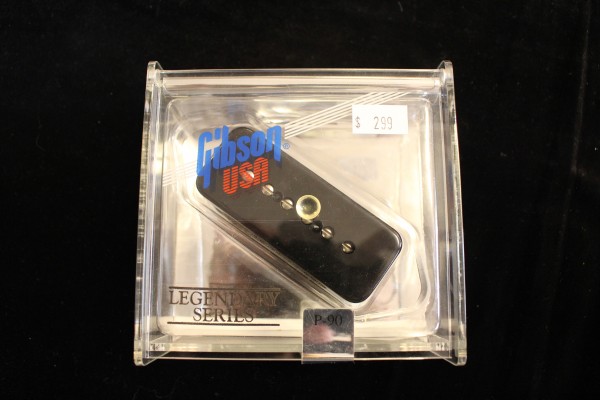 At one time, the P-90 was considered a “budget” alternative to real humbuckers. They were often found on Gibson’s mid-level instruments, as well as on some Epiphone models. But times change and the P-90 has made a big time comeback. See, the P-90 is actually a single coil pickup and we now know that single coils can deliver plenty of top end response, allowing it to cut through even the most dense mixes. Many of The Beatles biggest hits were recorded using P-90 equipped guitars. But the coolest thing about the P-90 pickup is that once you roll off the highs, you can still get the smoky tones we normally associate with humbuckers. P-90s come in two styles: Soapbar (for solidbody guitars) and “Dog Ear” (for hollowbody guitars). This one is a Soapbar in black.
Type Single-coil
Active/Passive Passive
Magnet Material Alnico
Position Multiple
Number of Conductors 4
Covering Covered
Number of Strings 6