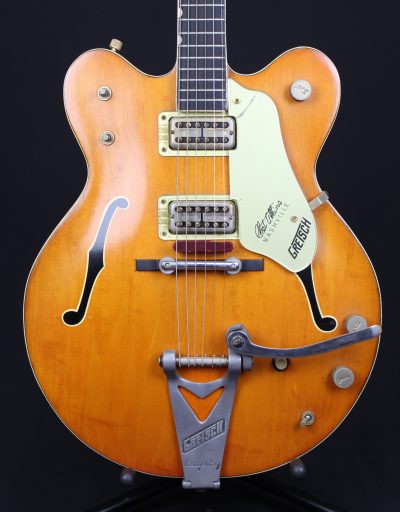 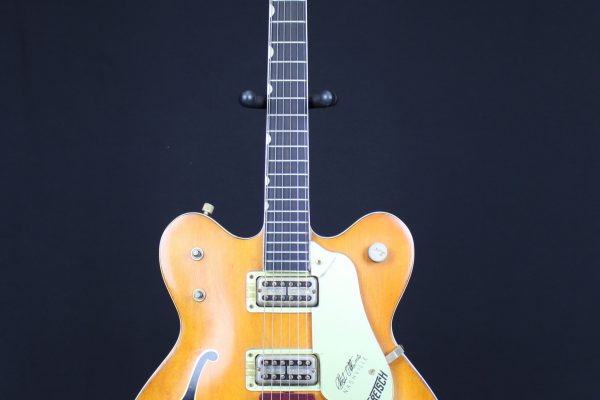 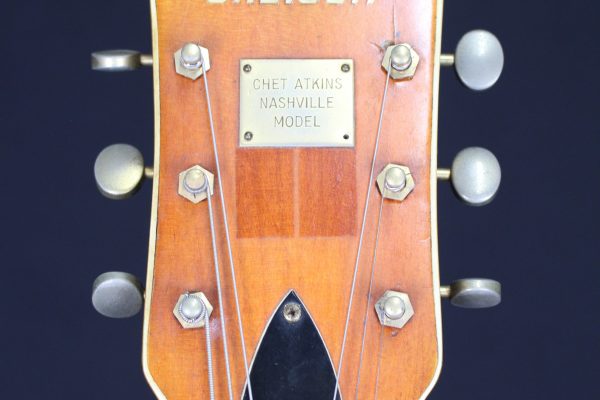 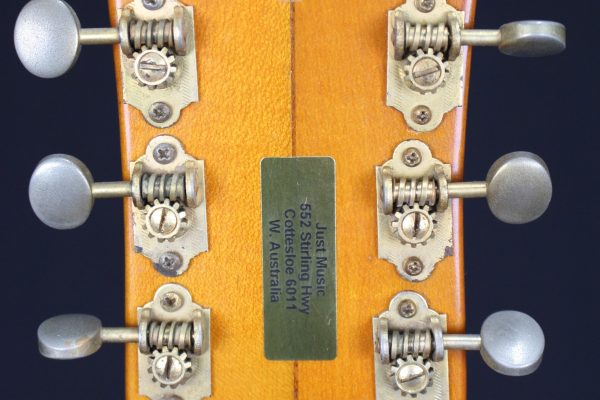 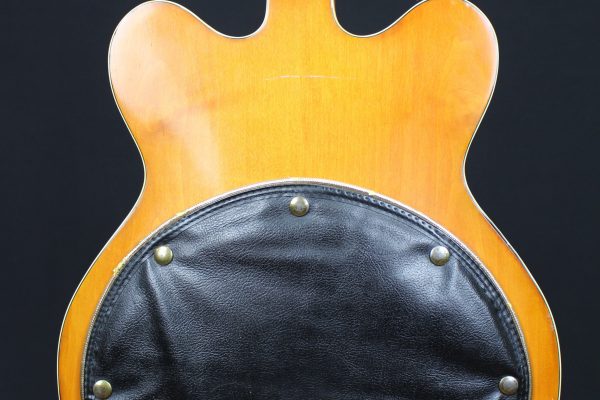 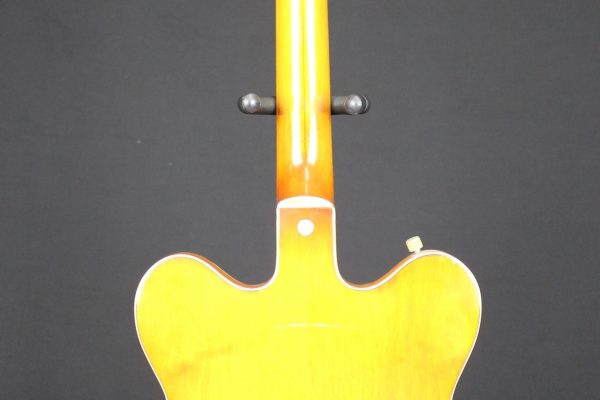 The Gretsch 6120 was an instant classic from the day it was introduced in 1955. To many players, it is the definitive Gretsch guitar.

In 1958, the half-moon or “neo­classic” fingerboard markers common to most Gretsches were introduced. The single coil DeArmond pickups were discontinued in favor of Gretsch’s own FilterTron humbuckers. Chet Atkins is reported to have said the magnets on the DeArmond’s were too strong, “sucked the tone right out of the guitar”.

The thinline, double cutaway hollow body guitar of 1962 was a completely different beast than earlier 6120s. The price was up to US$495, which bought you the all-new body, with fake F-holes and a padded back, which conveniently hid the big access hole in the back.

Some confusion exists over the difference between a Nashville and Chet Atkins 6120. In a nutshell, there isn’t much. The Nashville name was arbitrarily stuck on the 6120, beginning in 1966. There’s no difference between the guitars. It’s just a name, but it came in handy when Atkins pulled his endorsement.

It is a charming instrument from a bygone era which plays beautifully and sounds the business, with a wide palette of tonal options on offer. It’s very easy to dial in great tones just right for jazz, country, blues, rock and any style where a killer clean tone might be called for. It will drive pedals well, but thrives on that big, spacious, jangly tone that Gretsch does better than anyone.

The original frets are in great condition and the metal hardware has that lightly dulled patina that only comes with age. The original Grover tuners work perfectly, and all controls are clean and quiet.

The only flaws are a crack in the pickguard as seen in the pics and some slight deterioration in the binding.